Build a Fitness Tracker of your own with Tiny electronic components from TinyCircuits. They are small but their work is big.

Build a Fitness Tracker of your own with Tiny electronic components from TinyCircuits. They are small but their work is big. 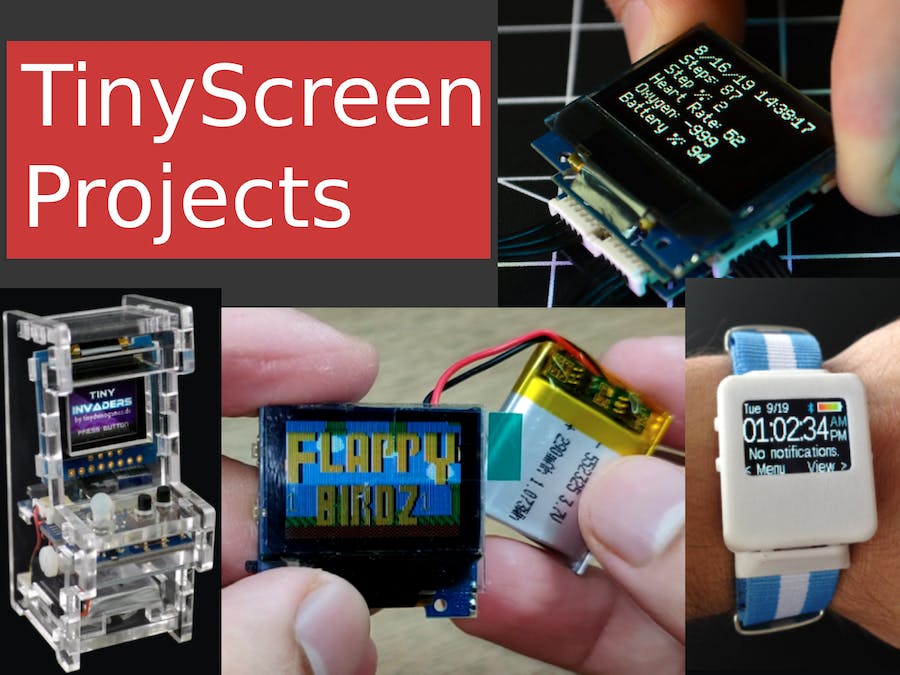 Today we have with us some of the sensor modules that are very useful in our day to day life but in a tiny version of themselves. The Sensors that we have today are very small in size compared to the traditional big sized sensor modules that we use with the Arduino but they are as good as their bigger version.

With the help of these tiny and compact components from TinyCircuits, we are going to build a Fitness Tracker of our own that will have an oximeter, accelerometer, and a tiny OLED display as well.

So let's move to the fun part now.

Get PCBs for Your Projects Manufactured

Its manufacturing bases are equipped with the most advanced production equipment such as YAMAHA pick and place machine, Reflow oven, Wave soldering Machine, X-RAY, AOI testing machine; and the most professional technical personnel.

Though it’s only five years old, their factories have experience in the PCB industry for over 10 years in Chinese markets. It is a leading specialist in surface-mount, thru-hole, and mixed technology PCB assembly and electronic manufacturing services as well as turnkey PCB assembly.

PCBGOGO provides the order service from prototype to mass production, join them now.

The Components that we have today in their tiny version are listed below:-​​

Steps to do the connections are as follows:-

Now we have to configure the Arduino IDE to program the Tiny Screen+ to work as a Fitness Tracker instead of working in the Flappy Birds mode which we will be doing in the next step.

Setting Up the Arduino IDE

As we are working with the Tiny Screen+ for the first time, we need to install the suitable boards and libraries to make it work. For that you need to follow the steps given below:-

So in this way, we are done with the setup of our Arduino IDE. Now we are ready to connect the TinyScreen to our PC and upload the code for the project.

As we are done with the Arduino IDE setup and the Connections part for the project. Now we can do the Software Part of the Fitness Tracker build i.e. Uploading the Code to the TinyScreen+. For that we need to follow the steps given below:-

So in this way, We are done with the Coding part of the project as well. Now as soon as the code gets uploaded, Our Fitness Tracker will be ready to use.

When the code is getting uploaded, The Screen displays Tiny Screen+ Bootloader mode and when the code gets uploaded, The Screen will become blank this means that the code is uploaded and now we are ready to use our fitness tracker. To start operating the Tracker, we need to press the button on the screen once. As soon as we press the button on the Screen, The Fitness Tracker will start its operation and the screen will start displaying various data such as the date, time, Pulse rate, Oxygen level, battery level, and Step Count. The screen may display a false step count or wrong count as the code was designed in such a manner that it counts a step even when there is a slight jerk.

We can modify the parameters in the code in order to make it more accurate. To check the Oxygen level and pulse rate. We need to take the Oximeter sensor and place it between our finger and thumb and the Screen will display the Readings. The readings are also stored in an excel sheet format in the SD card that we connected with the Tiny Screen and those readings can be checked by connecting the SD card to our PC through an Adapter. We can also connect the Wifi Shield with the project and upload the data to the cloud.

So you can see that the possibilities are many. You can build a number of projects from these components without any hassle of soldering. Some of the projects that can be made by these components are also there on the TinyCircuits website you can check them out and make them on your own.

So this was the Fitness Tracker project Tutorial. Hope you liked it.