Harness the power of hypnagogic thought!

Harness the power of hypnagogic thought! 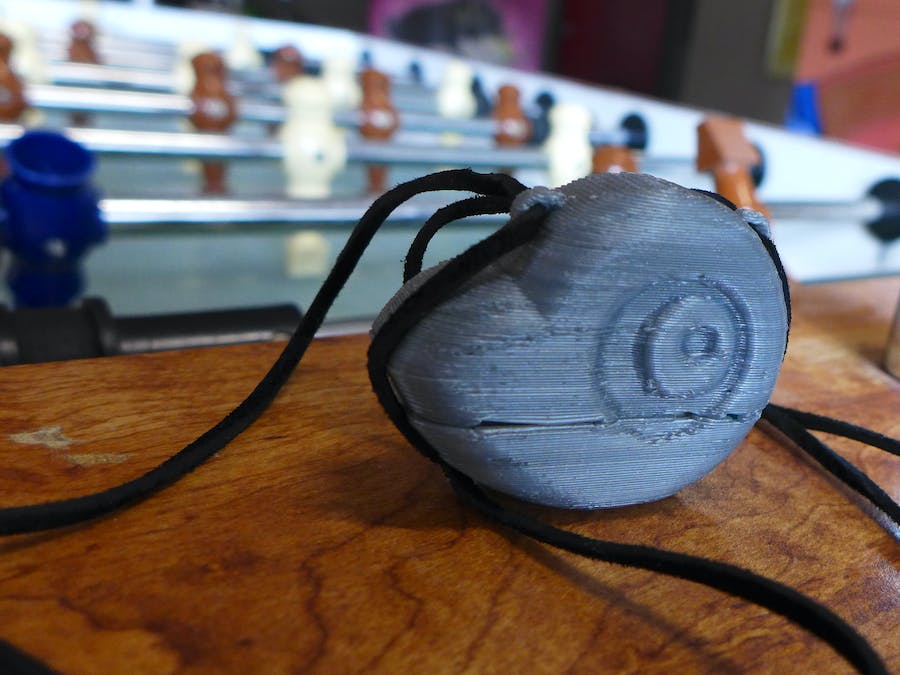 This wearable helps you harness hypnagogia, a mental state bordering on sleep, which generates creativity and new connections.

Switch on this little device, close your eyes, and drift... Once every five minutes, a gentle vibration in your hand reminds you to come back to the waking world and record your findings. This is useful for relaxing; for sparking creativity; for problem-solving... Think of it as a gentle tether for free association.

The gadget is centered on a TinyLily, with a haptic vibration motor and a 3V battery connected to power and ground – with a toggle switch spliced into the power wire.

My haptic motor has two terminals on the end of a little orange ribbon cable (which you can see on the left side of the picture below). I soldered one directly to the GND pin on the Lily, and the other to pin 13 with a teeny bit of wire. (The tutorial by the Open Source Hardware Group explains that 13 is the left center solder pad in the middle of the board.)

Since there are two sets of power and ground pins, I could solder on the battery holder without disrupting the motor. (This was pulled from a cool "Life Gem" circuit, built by my friend Gabe Smedresman for his Logan's Run ARG last year. Recycling FTW!)

I globbed hot glue over the exposed solder joints, for insulation and structural support.

The code is, rather obviously, just a quick mod to the Blink example function.

The enclosure is still in progress – I'm modifying one I made for the Hypnos pendant, and it's not quite the right size yet. :)