Create an accurate, tiny data logger to track the altitude of various objects... like a model rocket!

Create an accurate, tiny data logger to track the altitude of various objects... like a model rocket! 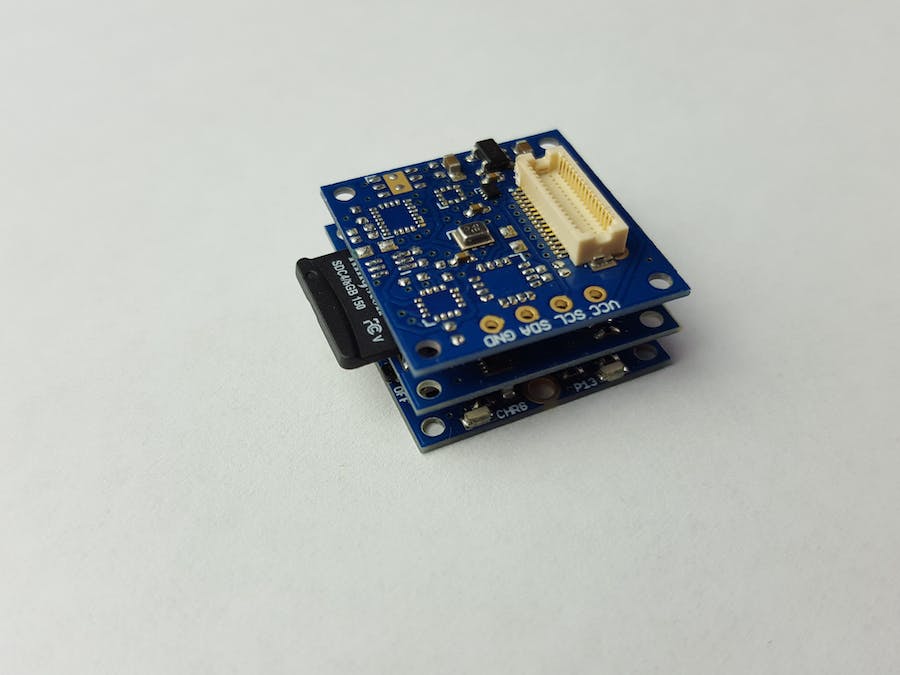 Using our SD card and pressure sensor shields, we will create a data logger that tracks the altitude of an object, like a model rocket! If you want to see footage of our rocket launches, check out the video ​here!

In order to charge your Lithium Ion battery, connect the TinyDuino to the USB shield and plug in the USB chord. A yellow LED will turn on showing that the battery is charging and when it LED turns off, the battery is fully charged. The USB shield does not need to be connected after programming in order for the data logger to work.

The two programs at the bottom of the page can be downloaded to your computer or directly uploaded to your TinyDuino processor. The sensor used for the barometric pressure shield is the BMP280 from Bosch. The first sample of code shows the data coming from the sensor in the COM port while the second code logs the data to the microSD card. In order for the data to be logged, the SD card must be inserted before the TinyDuino is switched on. When the device logs a data point, a green LED on the processor will flash on and off. The code is setup to export the data points as a .csv file so it can be opened directly into Microsoft Excel. If you wish to change the file format, locate the DataFile[] character array and change "csv" to your desired format.

For our rockets, the nosecones were big enough to hold the altimeter comfortably. Every rocket is different, so get creative with its placement! (just make sure to keep it safe from the ejection charge!)

Here you can see the graphed data from the each of the launches. Launches one and two are the data sets taken from the rocket shown in the previous step while sets three and four were taken from another rocket which did not survive the second landing. During the first two launches the parachute did not deploy completely causing the rocket to "tumble" as it fell causing the bumpy descent.

10 projects • 72 followers
Student at the University of Akron and Electrical Engineer at TinyCircuits.
ContactContact